Che Kung Temple at Sha Tin is always visited by a large number of devotees who come to worship the god and spin the fan-bladed wheel of fortune for good luck on the third day of the lunar new year. Declared a Grade 2 Historic Building, Che Kung Temple is ornamented with intricate divine creature carvings. This along with a giant statue of Che Kung and the rituals of praying and offering incense sticks are something worth photographing if you want to understand more about the local temple culture and soak in the Chinese New Year atmosphere! 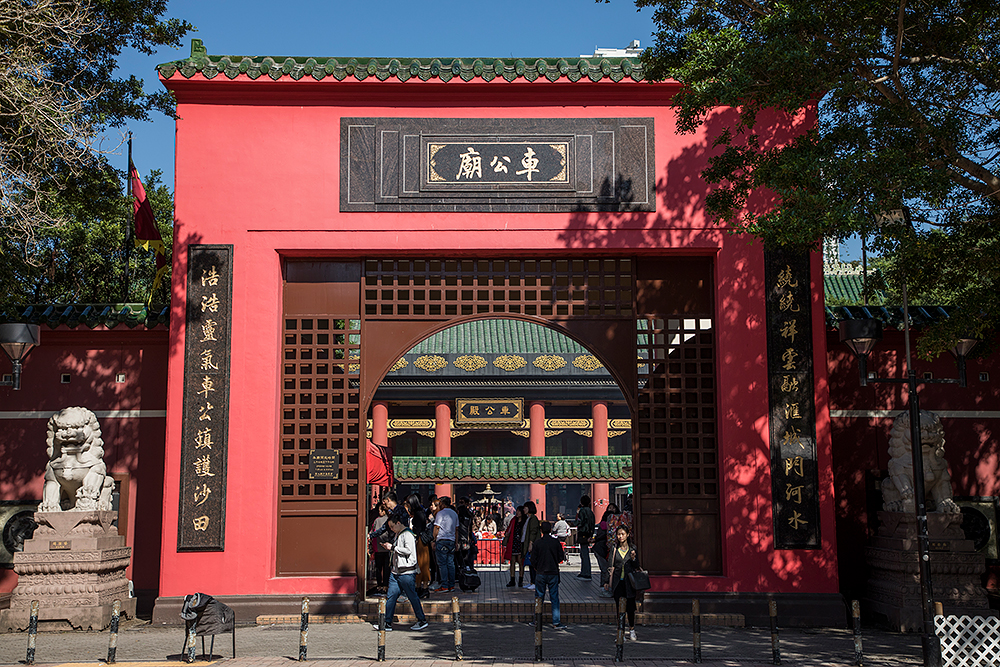 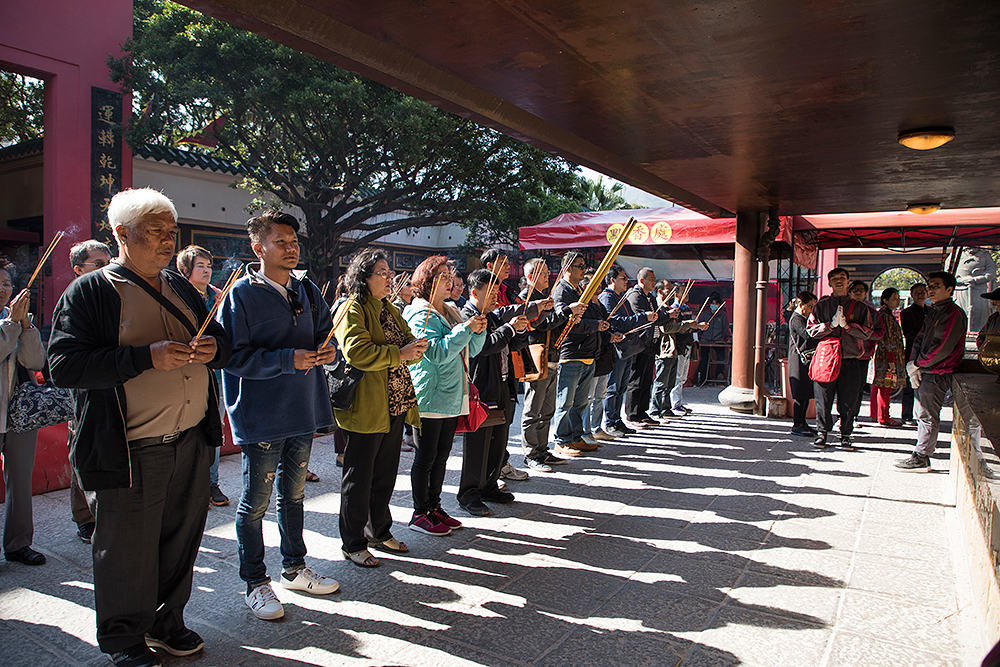 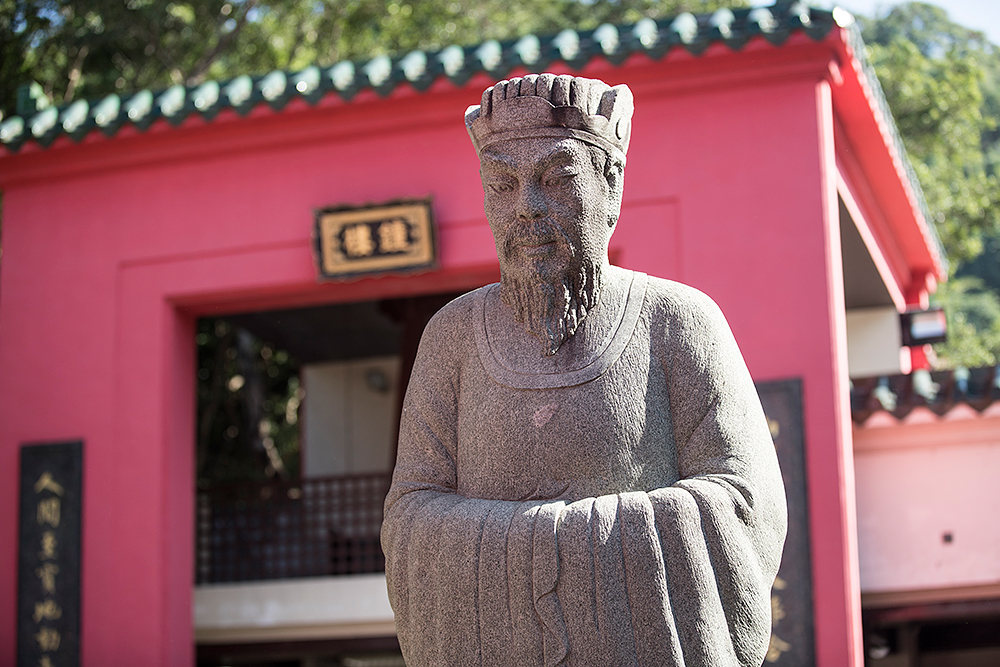 EOS 5D Mark IV • EF 70-200mm f/2.8L IS II USM • 1/800s • f/3.2 • ISO 200
Try to avoid photographing the outdoor statue with strong front lighting. Use side lighting instead and increase the contrast level to reveal more details
The original temple was built around 300 years ago. According to legend, Che Kung, a military commander of the Song dynasty (960 - 1279), was merited for his successful suppression of uprisings. He also escorted the Song dynasty’s last emperor on his escape to Sai Kung in late Southern Song dynasty. His achievements led to him eventually becoming revered as a god. Three hundred years ago, this temple was built by the villagers to honour Che Kung in a desperate move to stop an epidemic that was spreading across the Sha Tin area. The temple we see today was renovated in 1994. We can take a glimpse of the original temple through the windows of the present temple but the original temple is not open for visit. 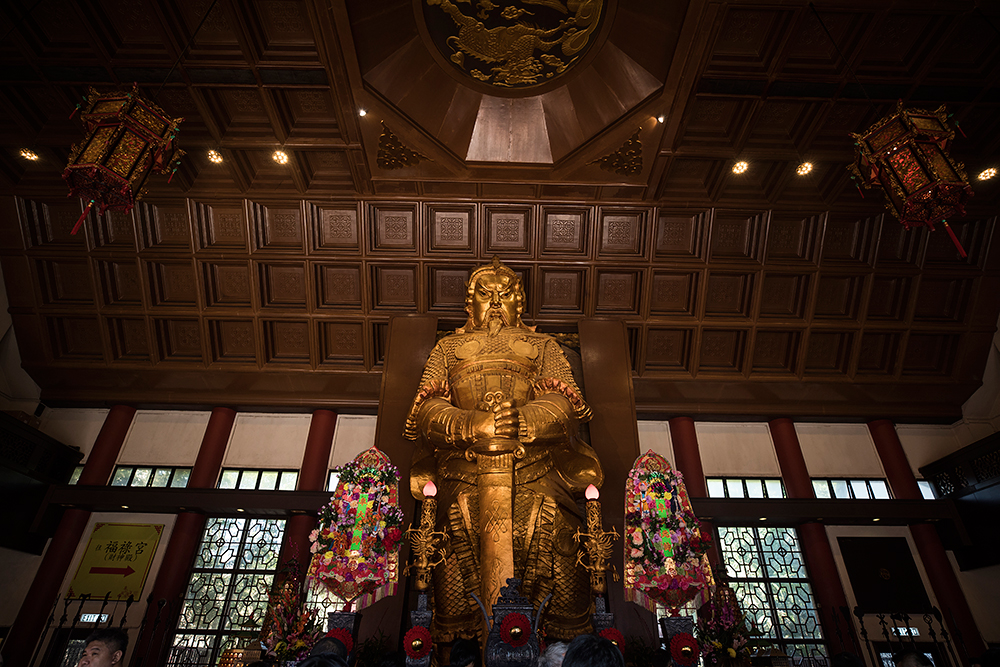 EOS 5D Mark IV • EF 16-35mm f/2.8L III USM • 1/250s • f/3.2 • ISO 500M
Shoot from a low angle to capture the magnificence of the Che Kung statue, while also making a complete photo by including the interior of the temple in the composition. Besides, due to the dim environment, a high ISO setting is recommended in order to capture the atmosphere and details. Be reminded that no flash should be used 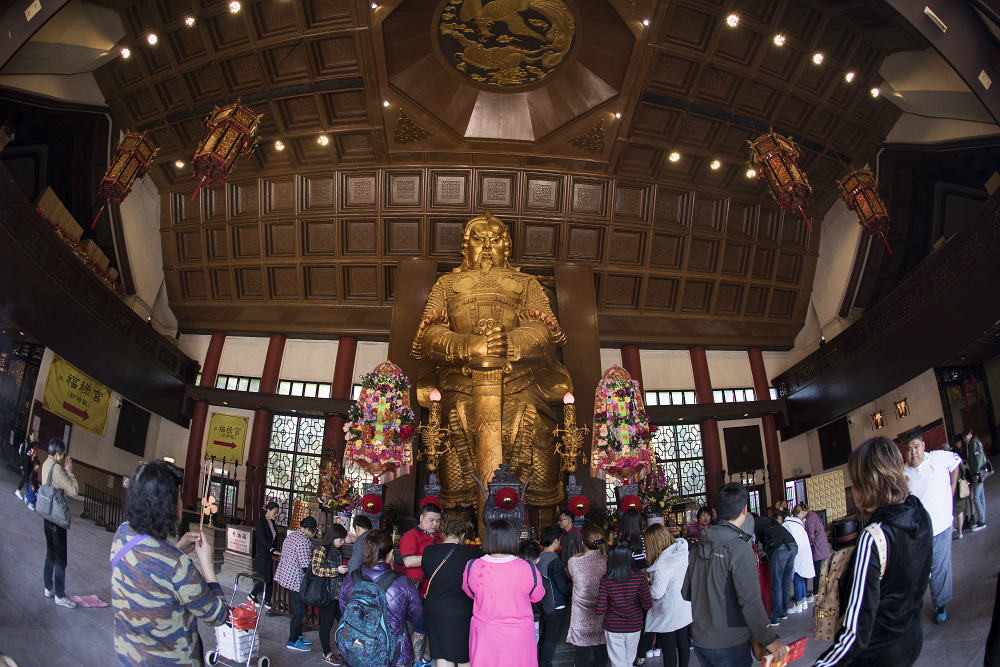 EOS 5D Mark IV • EF 15mm f/2.8 Fisheye • 1/250s • f/4 • ISO 500
The use of a fish-eye lens can capture the interaction between the worshippers and the statue while also revealing the special architectural structure on the ceiling in a limited space 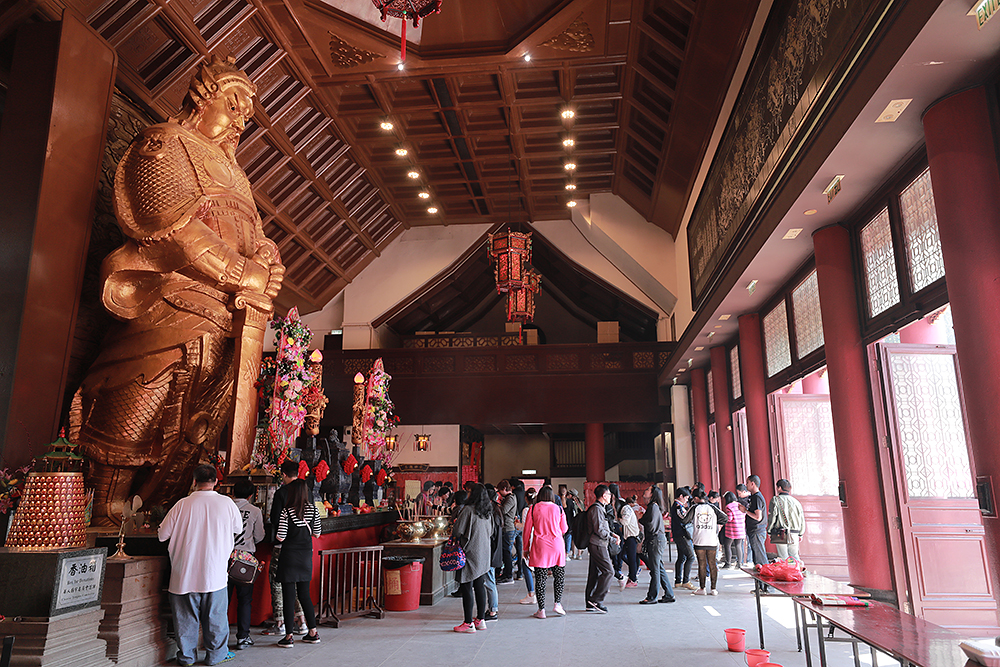 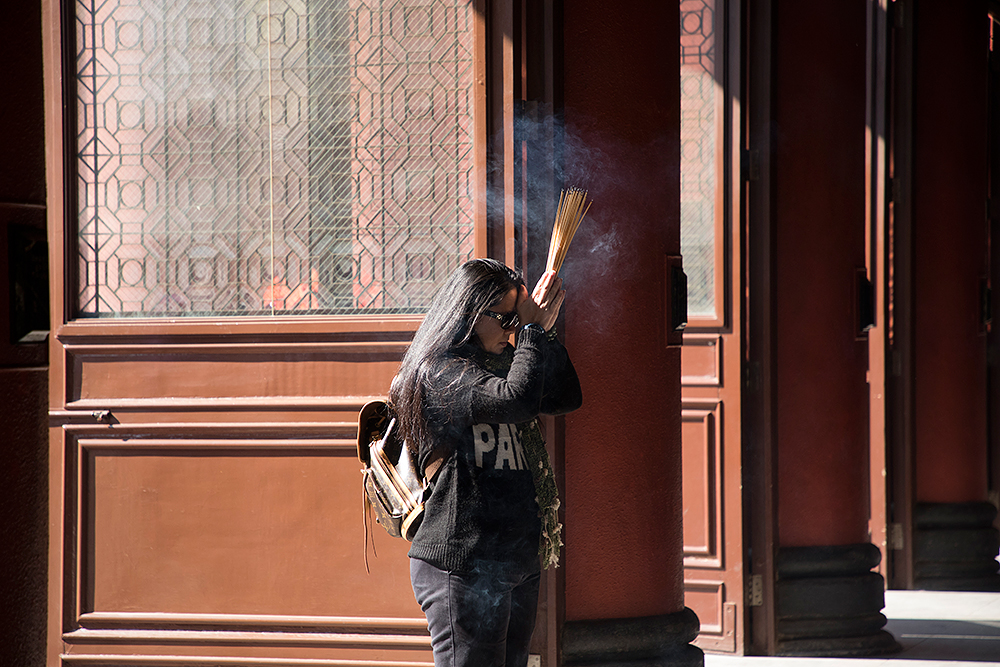 EOS 5D Mark IV • EF 24-105mm f/4L IS II USM • 1/1000s • f/4 • ISO 800
Apart from photographing the statue and the interior of the temple, the different actions and rituals of the worshippers are also important elements of the local temple culture 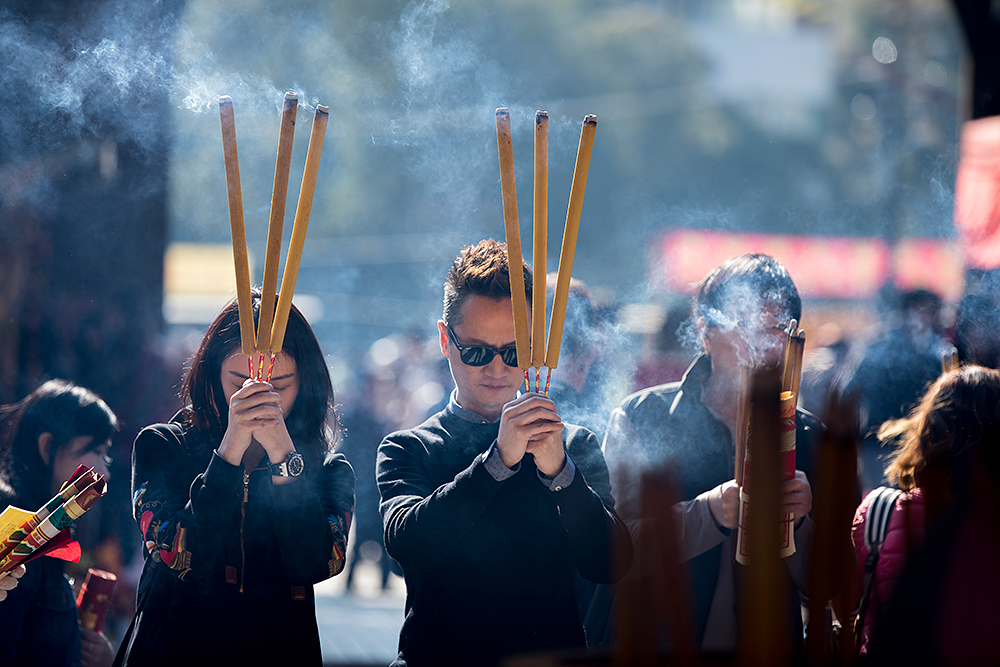 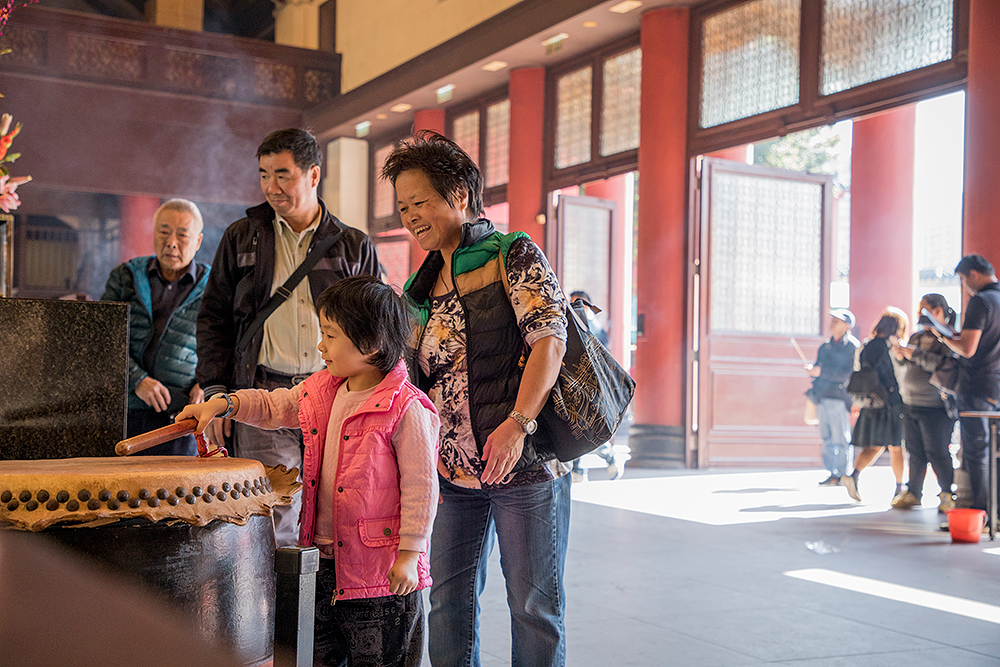 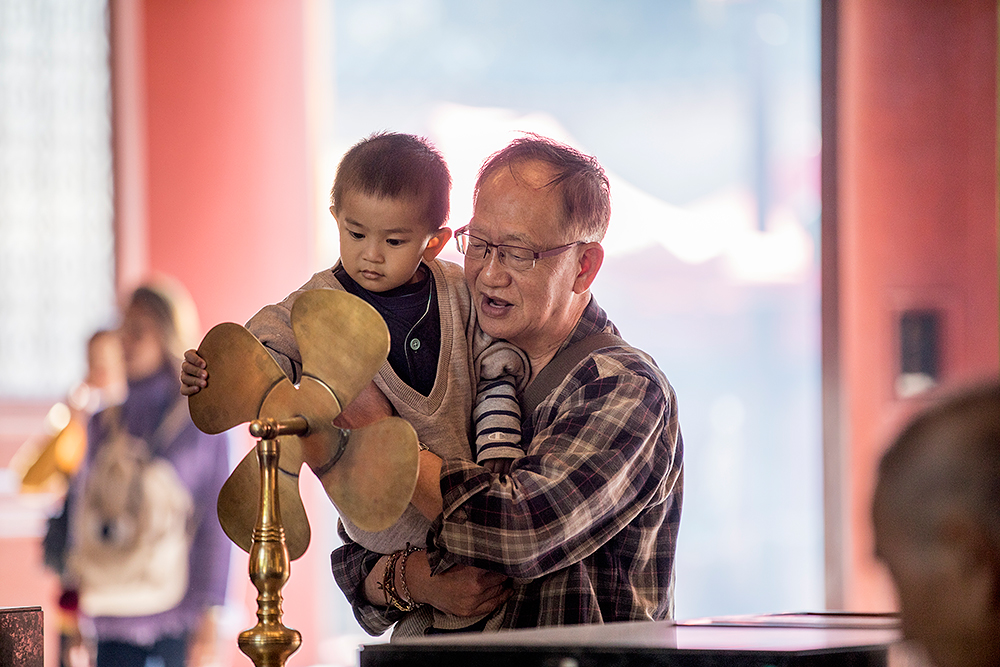 EOS 5D Mark IV • EF 70-200mm f/2.8L IS II USM • 1/500s • f/2.8 • ISO 400
Spin the fan-bladed wheel of fortune for good luck in the coming year. Use a telephoto lens to keep a distance from your subjects so it would be easier to capture their natural expressions. Besides, the blurry background can help make your subjects stand out 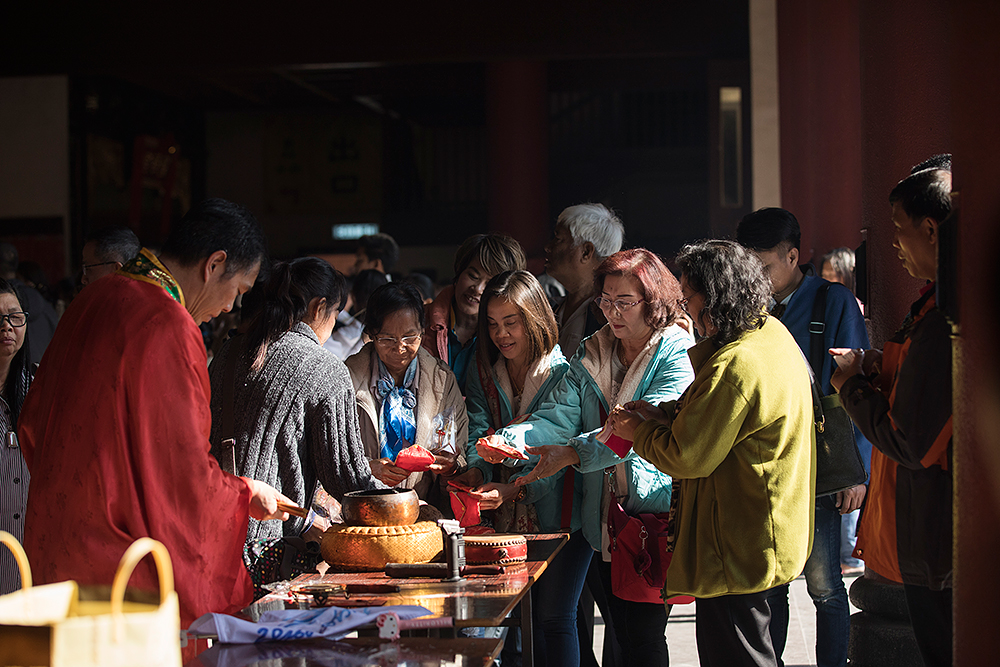 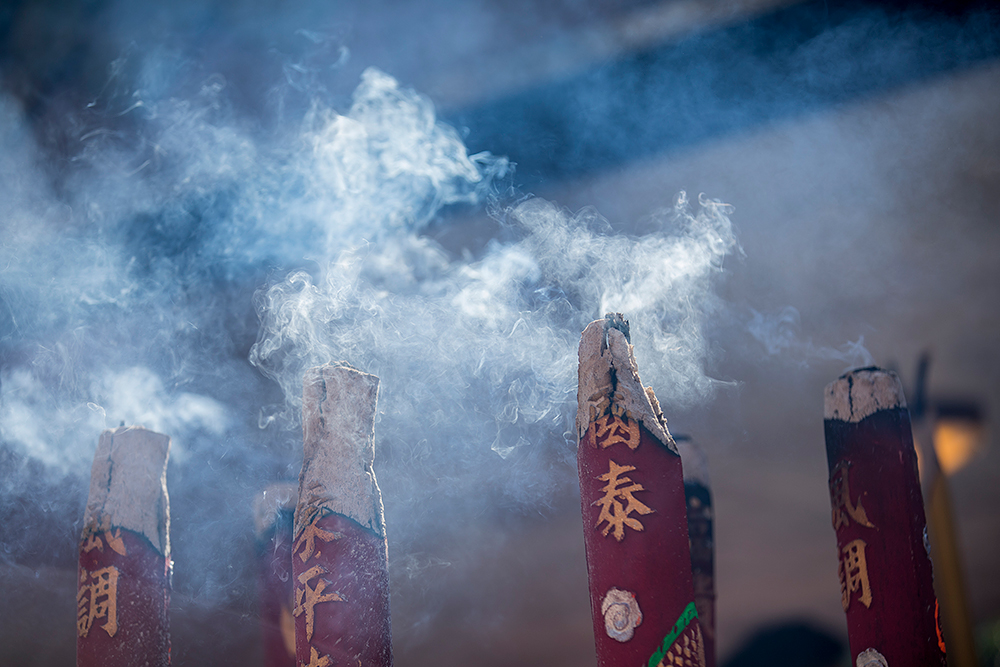 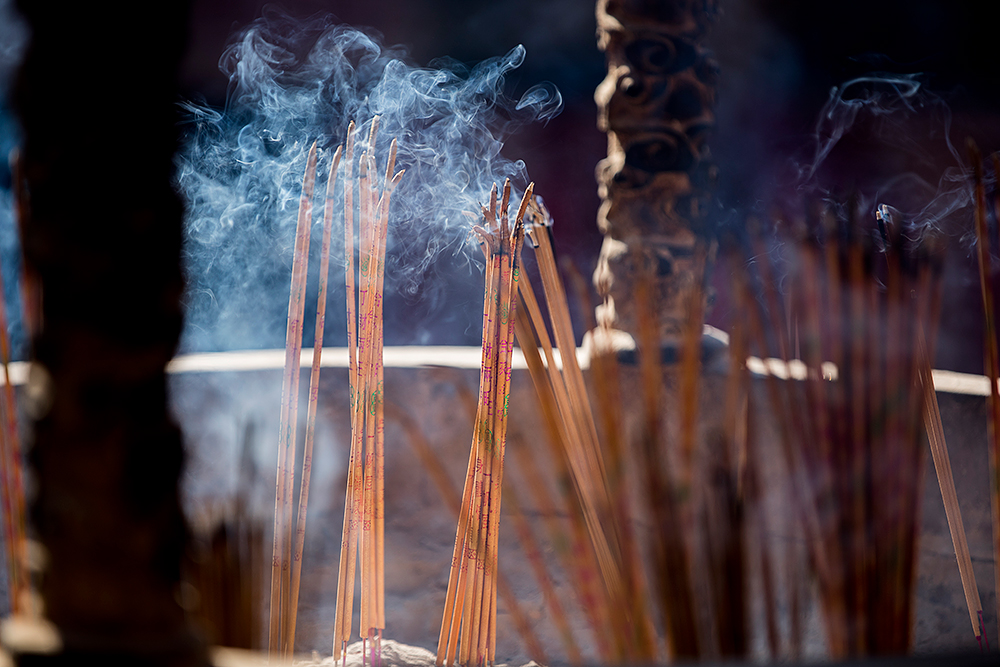 EOS 5D Mark IV • EF 70-200mm f/2.8L IS II USM • 1/1600s • f/2.8 • ISO 200
The flowing plume of smoke makes an attractive subject to photograph. It is best time to shoot when there is sunlight on it. To learn more about the skills and techniques on smoke photography, please refer to the article “Capture the Dreamy Beauty of Smoke” EOS 5D Mark IV • EF 70-200mm f/2.8L IS II USM • 1/800s • f/2.8 • ISO 800
You can capture the magnificence of the temple with a wide-angle shot or the details with a close-up shot. To photograph the hanging ornaments in the temple, use a telephoto lens with a large aperture so that the ornaments in the shape of a fan-bladed wheel can stand out better from a blurry background